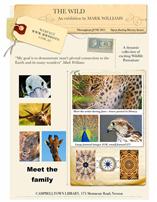 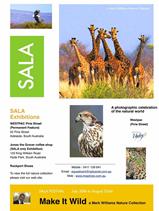 A three week exhibition of 11 framed nature images from Africa, Asia and Europe, along with 8 creative tapestry artworks based on those images, brought Campbelltown Gallery alive in 2011. This exhibition was very popular and was featured in several Adelaide newspapers. This event also hosted three ‘meet the artist’ opportunities which proved very successful.

A one month exhibition at two great venues, presenting 15 traditional and tapestry-designed images of the natural word within an urban setting; the tapestry image being inspired from the traditional image next to it. Both exhibition openings were well attended, featuring heavily in council material and as a colour article in The Adelaide Magazine.